Reminders: You can do anything, but not everything at the same time.

Reminders: You can do anything, but not everything at the same time. You don’t have to figure everything out. Restart as many times as needed. Your inner peace is too expensive to be sacrificed. Do more of what makes you forget about time. As business owners, we have this overwhelming desire to do everything.  But […]

Biden Signs Federal Spending Bill, Easing – But Not Eliminating – Scheduled Cuts to Medicare Fee Schedule Chiropractors and Other Providers to Face 2% Cut in 2023, Additional Decrease in 2024 In a Nutshell… The Federal Spending Bill: Reduces the 4.5% cut to the Medicare conversion factor scheduled for January 1, 2023, to 2% Provides […]

Passage Of The 2023 OMNIBUS Spending Bill

PASSAGE OF THE 2023 OMNIBUS SPENDING BILL Congressional Omnibus Spending Deal Eases but Does Not Eliminate, Cuts to Medicare Physician Fee Schedule Scheduled to Begin January 1st  Chiropractors and Other Providers to Face 2% Cut in 2023, Additional Decrease in 2024 In a Nutshell… Passage of the Omnibus Spending Bill Would: Reduce the 4.5% cut […]

2023 Medicare Fee Schedule Reductions Alert CMS has released the 2023 Medicare Physician Fee Schedule. The fees reflect reductions of between 2.9 and 4.5% This is due to a 4.5% decrease in the conversion factor, which accounts for budget neutrality requirements required by federal law. In addition, the 3% supplemental increase to physician payments passed […]

Bosses Swear by the 90-Day Rule to Keep Workers Long Term Chipotle, Waste Management and others gear hiring around reaching a milestone they say is critical to employee retention In the quest to retain workers, companies are sharpening their focus on a very specific common goal: 90 days. Hold on to an employee for three […]

A Connection between Balance & Mortality

A Connection between Balance & Mortality In a recent study published in the British Journal of Sports Medicine, researchers investigated the association between a complete 10-second one-legged stance and all-cause mortality. Aging is correlated to the progressive decline in physical health and reduction in elements of aerobic and non-aerobic fitness. Moreover, several studies have shown […]

New Side Effects of Popular Medicines Discovered: Anti-Inflammatory Drugs Could Cause Chronic Pain

New Side Effects of Popular Medicines Discovered: Anti-Inflammatory Drugs Could Cause Chronic Pain The most common types of NSAIDs include aspirin, ibuprofen (commonly referred to as Advil), and naproxen (known by the brand name Aleve and Naprosyn). However, despite their popularity, these medicines can have side effects. According to McGill University and colleagues in Italy, using […]

A Senate Bill Has Been Introduced… What Does That Mean?

There are No changes to HIPAA yet but what does this mean for you now?

HHS released this email today. We have seen similar messages in the last few months.  These emails are summarizing cases that are part of OCR’s HIPAA Right of Access Initiative. This initiative is targeted at offices that do not release information when properly requested or release when they should not have. This is not surprising […]

Eliminating Negativity from Your Life

Eliminating Negativity from Your Life Sometimes it takes a conscious effort to remove the negativity. Looking for the good in some instances is hard. In business, there are highs and lows. Positivity can help you grow through the lows ultimately resulting in your next high being higher than your last.  Thrive on the positivity. Here […]

BREAKING NEWS: DUTCH COURT ISSUES HISTORIC RULING ON CAUSATION IN CHIROPRACTIC SMT CASE Haarlem, Netherlands, February 21, 2022: Chiropractor cleared of causing grievous bodily harm during treatment. The Noord-Holland Court has passed its judgment in relation to a chiropractor alleged to have caused serious physical injury after a patient, who had presented with a 5-day […]

UnitedHealthcare Adds Prior Authorization to Physical, Occupational Therapy in 4 States

HIPAA Security: Are You Still Secure?

HIPAA Security: Are You Still Secure? Cyber security is a hot topic among the .govs now so more than ever.  COVID has brought to light some challenges with software updates. IT staffing, and staff turnover. Chiropractic practices that were HIPAA security compliant and protected now may not be. What do you as a practitioner need […]

Are you even listening to me? 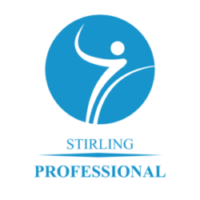