Your Circle of Influence

“It takes tremendous discipline to control the influence, the power you have over other people’s lives.” –Clint Eastwood 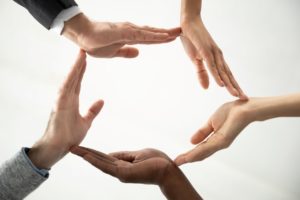 Your Circle of Influence

There’s a well-known saying: “It’s not who you know but who knows you!” How true this statement is. Think of all of the people in your life with whom you are acquainted: your family, friends, co-workers, and neighbors. How many of them are aware of who you really are as a person? How many know what’s important to you and the things that you value in life?

Have you ever heard it said that we are only separated from anyone else on the planet by six degrees? This means you are only six relationships of someone who knows someone removed from anyone you can think of. I have seen the truth of this principle time after time as I travel throughout the world meeting people. I cannot count the times I have sat down in an airplane next to someone who went to school with, works with, or is related to someone I know. Your Circle of Influence has the connections to create enormous excitement about your ideas and vision.

Make a list of everyone you know and have a method of contacting each of them directly. The list may well total more than 100 people. When you have an idea or a vision, think of the many ways available to you to share it with them. Encourage them to tell their friends—in the case of the shampoo ad, they only needed to tell two, each of whom would then pass it on to two more. Your vision will spread rapidly and the resources available to help you realize it will multiply exponentially.