The Art of the Request

The Art of the Request 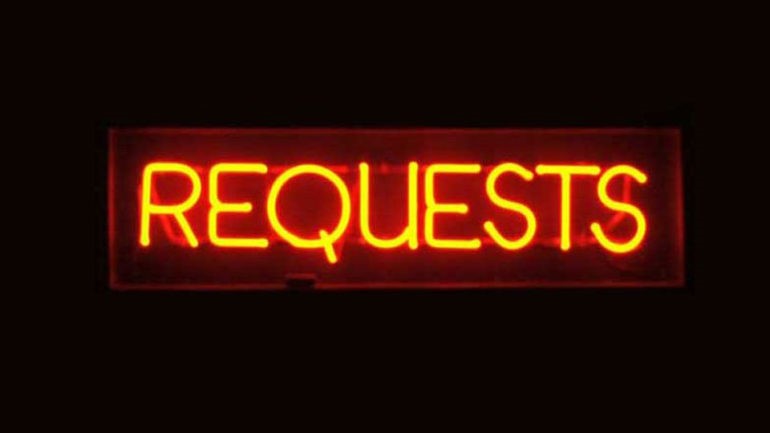 “Asking is the beginning of receiving. Make sure you don’t go to the ocean with a teaspoon. At least take a bucket so the kids won’t laugh at you.” – Jim Rohn

In the last few years as I have worked with practice owners and office managers to develop their leadership skills. I have misjudged the power of requesting and how a great request can move us more quickly towards our goals. For a long time, I thought requesting was a simple process. Ask, get, do. I have recognized that the art of requesting is one of the most important skills anyone can have.

There are several components that make a great request.

1. Understand the distinction between a request, a demand, and a wish.

A wish is when we hope someone might take note of what we ask for.  The language used is likely to be non-specific, the tone of voice is hopeful, or hopeless, and there is very little commitment to the asking. Often the outcome is not forthcoming.

A demand has limited choice. You either do what is demanded, or you don’t. There is little availability for negotiation.

When we make a request, we are creating a choice. For example, if I throw you a tennis ball and I request that you throw it back to me, what are your options?

The request empowers the person that you are making the request to.
They have choices. (Don’t make a request unless you want the person to have choices, and you would be satisfied with their response being no.)

Wishes occur when someone thinks they are not worthy of making a specific request. They are afraid of having their request rejected, and so enter the conversation expecting the outcome to be unfulfilled.

To make a clear specific request requires a high degree of self-esteem and worth. The requester needs to know that saying NO to a request does not have to be saying NO to them, the person. They are not the request. (Although at times, the two can be interlinked. For example, if I request to Paul that he come to my party, it may be linked to whether Paul would like to spend time with me. Or it may be that Paul has other things he has committed to do, or he may like me and not my friends.)

There is a risk in making requests that people will say no and being rejected is one of the great fears that humans hold.

I was working with a 12-year-old girl on self-esteem and requests. She came to me to ask for something. She didn’t make eye contact, her voice was filled with wistfulness and hopelessness, her head was down, and her shoulders slumped.

In coaching her around this, I was aware that she did not know the way she was delivering her request.  The first thing I did was model to her how she was acting physically as she made her request. She needed to see how she was presenting herself so that she would know what she didn’t know. Then I had her stand straight, look me in the eye, speak clearly, and using an upbeat tone, make the same request again. When we debriefed how she felt making the request this time, she said she felt more confident and had a greater belief that her request would be granted.

3. Having a clear intention.

A great training exercise for intention is to work with a group of people, preferably large in number, 50 to 100, who are seated. Standing in front of them, ask them to stand up. (In setting up this exercise, people will be instructed to stand up when they feel the urge because of the power of the request/demand, and not at any time before that.)

I have seen a room of people rise to their feet on mass, to the sound of a whispered request because of the intention of the requestor.

Intention lives in the future. You must see/feel/believe/know what the outcome will be.

Parents work with this all the time. A child will ask them for something at the supermarket. The parent will say no. The child will ask and ask again. At some point, the parent may say yes. However, when a parent says NO, and there is no possibility in the mind of the parent that the child will get the outcome, the child is not likely to ask again, and if they do, it will be simple to check that they really did hear that NO meant NO. The parent’s intention was clearly that the request would not be granted, now, or in the future.

4. Stating your request clearly, concisely, and in a way that people will be able to hear it.

The first part of this is clarity. Be clear and specific about what you ask for. Give details, timing, color, your expectations, desired outcomes, how you want it to look and feel, be packaged, cost, its age, texture, model, make…

Finally, you need to be able to phrase your request in a way that people will hear it. Who is your audience? Why would they say yes to your request? Why would they say no? What motivates them? What de-motivates them? Are they likely to say yes as a knee jerk reaction, and not really want to say yes? (Staff and friends often feel obliged to say yes.) If the request is to a group of people, who are the influencers in the group? If they say no to the request, why would they do that? What would be their reasons?

5. Ask someone who can say yes.

It is important that you ask the right person to say yes to your request. Always check first that they can say yes.

A great book on the power of asking is “The Aladdin Factor” by Mark Victor Hanson and Jack Canfield.