The Forgotten Client – Coaching the Unconscious: Part One of a Two-Part Series

“Your vision will become clear only when you look into your heart. Who looks outside, dreams, who looks inside, awakens.” – Carl Jung

The Forgotten Client – Coaching the Unconscious: Part One of a Two-Part Series 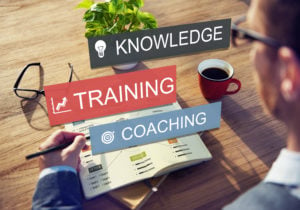 When I was 10 years old my buddies and I signed up for Little League baseball. By sheer luck, I ended up on a team that actually made it to the local championship. At the time, this was a big deal for me. I had never won anything, and I secretly longed for one of those little gold trophies I was sure was going to change my life.

In the deciding game of the series, I was playing third base. One of the other team’s heavy hitters came up to the plate and smacked a ground ball in my direction. I saw it coming and moved into position, glove ready. On its last bounce, the ball hit a divot on the infield and ricocheted high, smashing into my face – teeth through the lip, blood streaming from both nostrils. I was rushed home by my mother to nurse my wounds.

Even though we won the game and the championship, this event marked the end of my baseball career. Because from that point on, no matter how hard I tried to keep my eye on fielding grounders, any fast, bouncing ball coming in my direction caused me to automatically turn my head away. No amount of intention could override my unconscious mind’s desire to avoid the possibility of being hurt again.

The same challenge plays itself out almost everywhere people attempt to make changes in their life; changes they want or know would be good for them. However, no matter how hard they try, they just can’t will themselves to follow through and actually accomplish their goal. Intention it seems does not command behavior.

Looking at the volumes of self-help and motivational literature out there, you would think the only thing standing between you and your perfect life is a lack of will. However, this is simply not the case. The true dynamic between our conscious and unconscious mind is characterized well by this analogy of University of Virginia psychologist Jonathan Haidt.  “The image that I come up with for myself, as I marveled at my weakness, was that I was a rider on the back of an elephant. I am holding the reins in my hands, and by pulling one way or the other I can tell the elephant to turn, to stop, or to go.  I can direct things but only when the elephant doesn’t have desires of his own. When the elephant really wants to do something, I am no match for him.”

Psychiatrists Lewis, Amini, and Lannon at UCSF make a similar observation, “Because people are most aware of the verbal, rational part of their brains, they assume that every part of their mind should be amenable to the pressure of argument and will. Not so. Words, good ideas, and logic mean nothing to at least two brains out of three. Much of one’s mind does not take orders.” 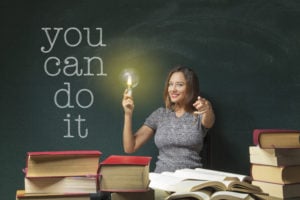 With modern science confirming what most of us have directly experienced, I am amazed to observe how much of the fields of coaching, training, self-improvement, and education focus almost exclusively on clarifying, educating, persuading, and organizing the workings of the conscious mind, while virtually ignoring the more powerful and mysterious ways of the unconscious mind. There seems to be a universally held misconception that if we convince the thinking mind to do something, a change in behavior will naturally follow.

For those many times when it doesn’t – perhaps when you, a friend, or a client are really struggling to make important changes – understanding some of the factors that most influence the unconscious mind can prove instrumental to actually translating intention into action. In my next article, I’ll review some of the key factors modern science is showing best influence your ability to manage the unconscious mind.