The Power of “Priming” 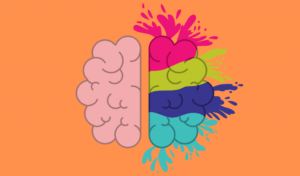 “You have to strive every minute to get rid of the life that you have planned in order to have the life that’s waiting to be yours.” – Joseph Campbell

THE POWER OF “PRIMING”

For many years sports psychologists have recognized the importance of “mental preparation” in helping athletes perform optimally. A past client of mine was the performance coach for a major league sports franchise. He used to tell me that for elite athletes – who are so similar physically – it was their mental conditioning that contributed a full 85% to their overall performance.

While mental preparation, or “priming”, is well established for elite athletes, only recently have we begun to understand how important it is in our everyday life. In his book Blink, author Malcolm Gladwell relates a study in which two Dutch researchers separated a group of college students into two equally qualified groups, in preparation for answering 42 fairly demanding questions from the board game Trivial Pursuit.

Prior to the test, one group is asked to think about what it would be like to be a college professor.

The second group is asked to do the same exercise focusing on what it would be like to be a soccer hooligan. Primed in this manner, the two groups then answered the same set of questions.

In a separate study conducted by American researchers (on two equal groups of college students administered the same set of questions from a graduate school admissions test) the group that was primed with a very subtle negative association (a sole extra question that evoked unfounded prejudice) only got half the number of correct answers as the control group.

What this and other research reveals, is how sensitive and powerful our subconscious mind is, and how easily it can be influenced.

Whether we are conscious of it or not, whether it is our own internal commentary or from an external source, whether it is positive or negative, we are constantly priming our minds with information that dramatically affects our performance.

If you want better results in your life, choose your priming well.