Is It Al l Make-Believe? 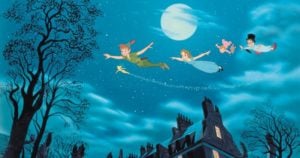 The structure of existence is entirely invented. It’s all make-believe. We act as though it’s real, but in reality, there’s no such thing as the days in a week or the hours in a day. They are conventions that we created (actually someone else created them for us) that help us to compartmentalize our life. If an alien were to land at the main intersection in your hometown and overheard someone saying, “It’s Monday morning and I’m late for work,” the alien would probably think: “How quaint. They regulate their lives to fit into compartments.” It wouldn’t be the reality for the alien—he (or she or it) would recognize the custom for what it is: an idea. It’s an idea that we all pretend is real, but we could accept other customs just as easily.

Time itself doesn’t exist, at least not as minutes, hours, days, weeks, and months. We pretend it does and structures our lives accordingly. We could just as easily do it a different way. We could split the day into two halves and call one “up” and the other “down.” Many people live according to their own personal rhythms. Many work-at-home businesses run on unique schedules. Globalization of the economy enables transactions to occur virtually around the clock. Artists, musicians, and shift workers often begin their job when other people are ending theirs. They live by their own structure just as easily as someone else’s.

If someone says to you “my schedule is brutal,” don’t believe them. If they want to pretend it’s brutal, then they’ll get that result. Don’t be so easily deceived. Realize that all of the conventions of modern society are simply ideas. They become familiar ideas, but they are only ideas, nevertheless. Ideas are intangible. You can choose to accept them, ignore them, or invent new ideas to replace them. There are only ideas, and your ideas are as valid as anyone’s, and they are certainly more valid for you.

Your mental attitude makes the world appear the way you see it. Your thoughts make some things beautiful and others ugly. The whole world is in your mind. Most people live their lives hungry for fulfillment and love while both are available in abundance every day. They simply haven’t chosen to see the world that way. They fill their lives with lists of have-to, should-do, and must-do tasks and relegate quality time with their family, friends, and themselves to second place. Do you find that you are swallowing both your food and your information faster without properly digesting either? If your answer is yes, if what you eat doesn’t fill you up and what you feed your mind doesn’t bring you peace, it’s time to re-examine your ideas.

If you lack joy and enthusiasm in your life, it’s time to become responsible for creating your own space on the planet. Life presents you with limitless possibilities, each one capable of expanding your life.